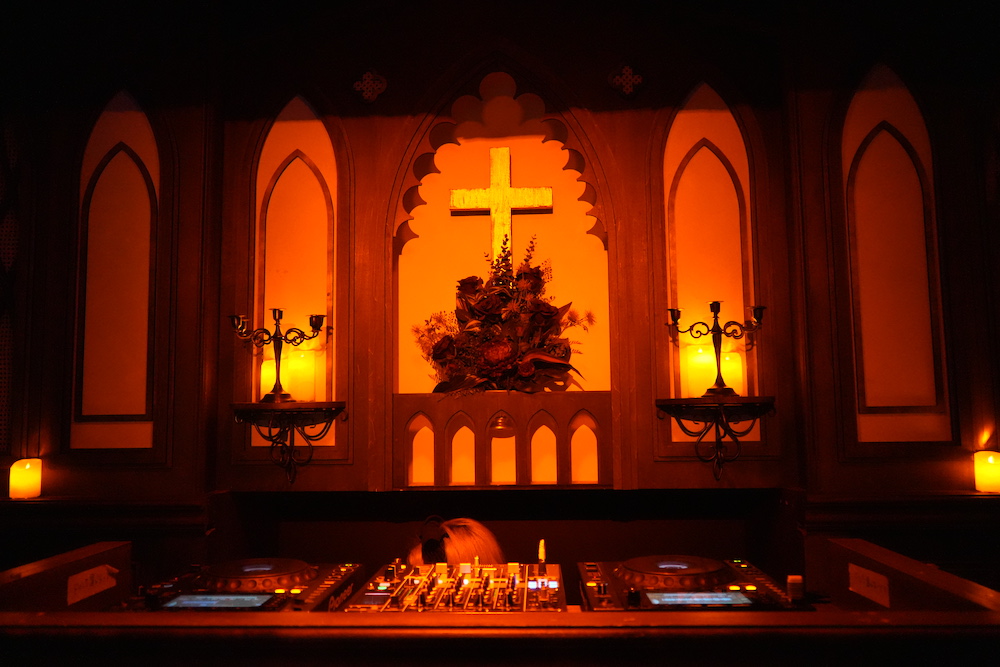 Have you ever wondered about how Satanic subcultures differ around the world? Author La Carmina has been traveling and writing about Goth and alternative subcultures for years, and she is currently spending time re-exploring Satanism in Japan. In honor of her new book publishing today, La Carmina has shared with us her favorite spots to explore in Tokyo and beyond. Read on for her recommendations, then check out her book for more on the history, context, and values of Satanism. When people learn that I wrote The Little Book of Satanism – a nonfiction guide to Satanic religious values, culture, history, and practices – they’re typically curious about my “long journey into Hell.” What piqued my interest in the Devil? How did I get involved in Satanic communities and writing about them?

Although I’ve participated in Goth and alternative subcultures since my teen years, it is Japan’s Satanic scene that brought me into the fold. Since 2007, I’ve been writing about my devilish experiences in the Land of the Rising Sun on my La Carmina Blog, which include raising hell at Osaka’s “Black Veil” club night and shopping for Baphomet statues at Satanic Shop Territory.

My The Little Book of Satanism dives into the history of Satanism and the values that modern Satanists worldwide generally hold dear – including freedom of personal expression, nonconformity, and scientific reasoning. It covers centuries of historical events that led to the emergence of modern Satanism, from the British Hellfire Clubs to the Satanic Panic hysteria on 1980s daytime TV. However, as the book had a limited number of pages, I could only briefly touch upon Satanism in Japan, which takes on a distinctive expression due to the cultural context.

If you’re curious about the vibrant and welcoming Satanic subculture in Japan, then I encourage you to visit and investigate it for yourself. To get you started on your journey, here are five of my favorite “hellholes” in Tokyo, Osaka, Kobe, and Kyoto where you can let out a hearty “Hail Satan!” Shinjuku is one of the best districts in Tokyo to shop for devilish fashion (Harajuku, of course, remains the center of alternative style). Go the seventh floor of the department store 0101 Marui Annex, and you’ll find an eye-popping selection of Goth and Satanic clothing, particularly at Kera Shop. Look for “kawaii” cute meets Luciferian designs such as T-shirts marked with teddy bears and the brimstone sigil, a bag featuring a bunny with horns and a pitchfork, chokers strung with pentagrams, and more. If you aren’t sure what the imagery means – such as inverted crosses or the goat-headed Baphomet – you can flip to my chapter on Satanic symbols in The Little Book of Satanism, which includes illustrations and explanations of these “marks of the Beast.” Raise hell (and a glass of Japanese whiskey) with Fu-ki, a former glam J-rocker who opened up an Osakan Satanic bar called Midian. The small space pays homage to the Devil with red-painted walls, heavy metal music videos playing on TVs, and bloody-looking cocktails that cost ¥666. Don’t shy away from asking for a “Satan beer” from Belgium, or requesting your favorite death metal song and head-banging along. Instead of visiting Kyoto’s most famous temples, step inside a little-known Shinto shrine dedicated to Abe no Seimei, a mysterious occult diviner and exorcist. Visitors may be surprised to see black and red pentagrams on everything from the lanterns to the torii gate. The five-pointed star symbol doesn’t refer to Satanism, but was supposedly invented by Seimei in 10th century Japan. Today, the occultist is a celebrated cult figure who appears in manga and anime, which is why many youths come to wash their hands in his pentagram fountain!

Have a blasphemous night out at a church-themed bar in the Dōgenzaka district of Shibuya. A nun in a full habit greets you at what looks exactly like the entrance to a church, with two large wooden doors topped with a neon cross. The interior decor continues the theme with rows of wooden pews, stained glass windows, crucifixes, and pointed arches. The Church’s altar doubles as a DJ booth, but the music consists of EDM instead of Gregorian chants. Ask one of the nun bartenders for a glass of dark red wine, and give a toast to Satan before dancing the night away.

For more on Satanism in Japan, and La Carmina’s Gothic and Satanic adventures around the globe, visit her website LaCarmina.com and add her on social media @LaCarmina.

The Little Book of Satanism

Discover the fascinating history and culture of Satanism through the ages and learn why many Satanists today stand up for free inquiry and personal liberty.  Satanism is too often misunderstood as a religion that makes blood sacrifices to an evil, horned Prince of Darkness. In reality, modern Satanists are nonviolent and nontheistic, and